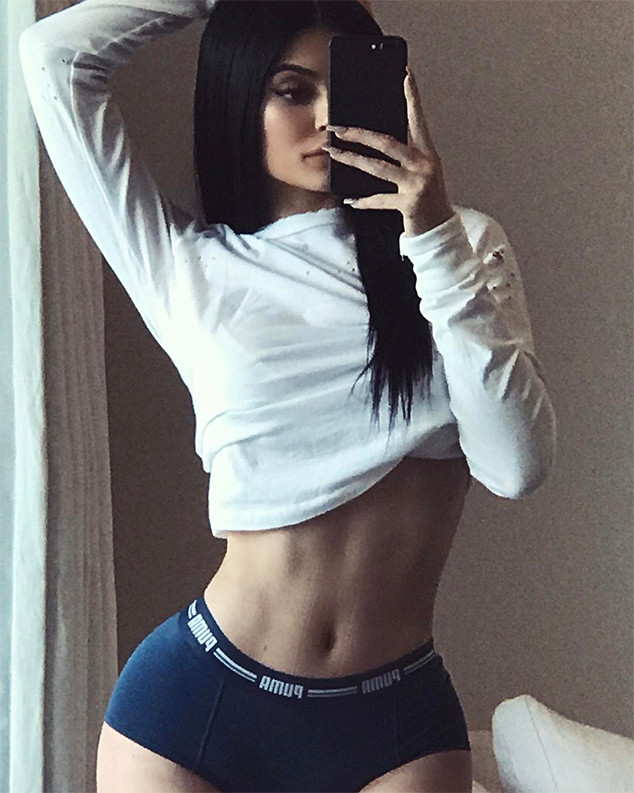 A few weeks ago Kylie Jenner uploaded a picture on Instagram of he wearing a small shirt and underwear. It received millions of likes but also thousands of comments saying that the picture was Photoshopped. Her followers claimed that was not her natural waist, that she had slimmed it to make it look even smaller than it already is.

But would a famous Instagram celebrity with millions of followers actually risk that? Unless you’re a professional photo editor, someone is bound to notice something as obvious as that. Although her waist does seem bigger than in other pictures, it could also be the angle doing most of the tricks. However, lots of followers were taking to the comments section to point out the fact that the background was slightly distorted, which is what makes it seem that it really is Photoshopped.

One of the main reasons as to why fans are getting to angry over this is because she is the role model of many other girls out there, including young teens. And these kind of girls are very influentiable, so if someone as famous as Kylie Jenner gets surgery and photoshops her pictures, she’s creating a false image of herself that her fans are admiring. This created false beauty goals for them, which later on lead to frustration and more negative issues along those lines. What she should do is encourage self-acceptance, accepting your own body without hardcore editing all over it.