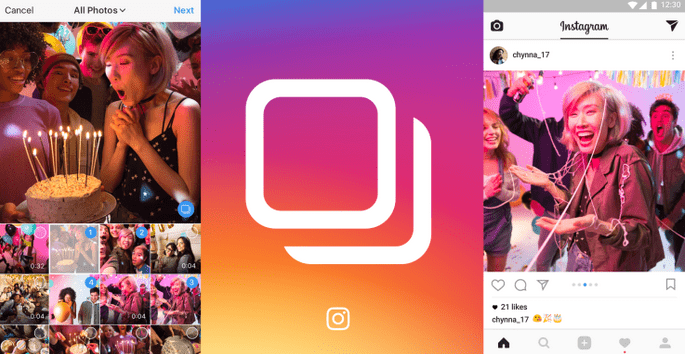 Instagram never ceases to amaze us with their new constant updates. Because not only to they keep their app nice, neat and bug-free, but they also add new features every few months to give it a fresh new look. Probably one of the things they got more complaints about was the “Snapchat copy” with the Stories, but now basically everyone is using them!

However, for a new upcoming update for Android and iOS Instagram has decided to introduce something totally new that doesn’t seem like a direct copy from any other social network (at least not that we can think of, really). Users will be able to upload up to 10 pictures at once into some sort of “album”. People will see it in their feeds as a picture, but they’ll be able to scroll sideways and see the rest of the pictures from said “album”.

You can upload a maximum of 10 pictures or videos into the swipeable album. Instagram wants to take some pressure off choosing the perfect picture from one event to upload it onto Instagram, and just be able to upload your Top 5 or Top 10 and show several versions of the place or event. So if you went on a quick weekend trip, you can show how the trip went through 10 pictures or videos for your followers instead of just choosing one picture or uploading several that are very similar throughout the entire week or month. It’s really not a bad idea at all!

So throughout the next few days or weeks, Android and iOS users will be able to download Instagram’s new update and start making the most of its new feature!