It’s not the first time we’ve heard of a famous or not-famous person on Instagram reposting or uploading a picture of something that’s nto theirs, whether it’s a photograph, a drawing or anything. We can “sort of” understand (but don’t think it’s correct at all) that people use other people’s pictures in order to attract more views to their accounts. But it’s steal stealing, whether you’re famous or not. And we recently found out that the famous singer, Drake, did something very similar with an artist who had uploaded one of his artworks to the internet a few weeks before. 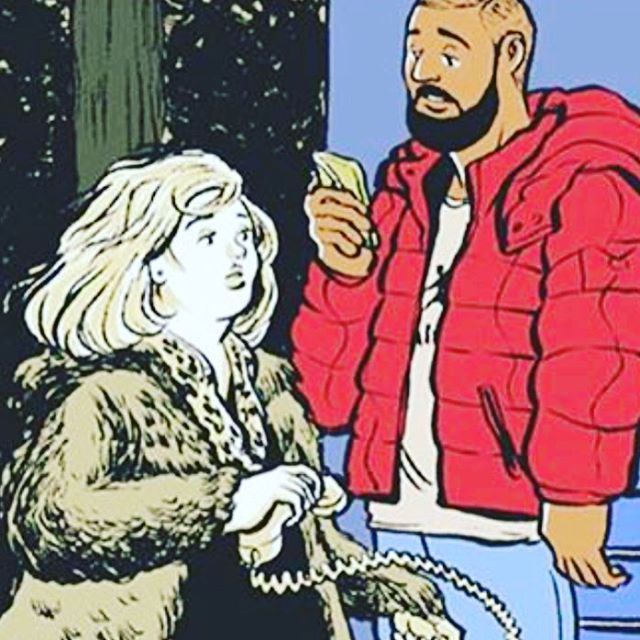 The name of the artist is Dave Valeza. He lives off his art, and in case you didn’t know, most artists rely on the fame and exposure they get on social media. So reblogging, retweeting and regramming their stuff helps them a lot, but only if you tag and/or acknowledge them. If not, it’s pointless.

In this case, Drake reuploaded to his Instagram account a digital drawing by ths artist featuring Drake and Adele. The original piece was signed at the bottom right corner, but the picture Drake uploaded was cropped and the signature was nowhere to be seen. Of course, we don’t know where the singer got this image from, and it might have been already previously cropped. But in that case, what he should have done was search for the original author and give him credits. Instead, he just uploaded the photo without saying anything about him.

Of course, the artist found out and felt extremely sad. As we’ve said before, they live off of their work. So stealing it from them won’t to them any good whatsoever. Respect the artists, share their work and give them credits!

Insta4likes, It Just Can't Get Better