Iranian People Showing Their True Face. Iran is a country in which women have to wear a hijab around due to their religious beliefs. Many of them upload pictures to their social networks wearing their hair loose and beautiful makeup. But it’s considered illegal in their country and many have suffered consequences for doing so. But recently, lots of young girls and boys of Iran have come together, joined forced on Instagram to fight against this. 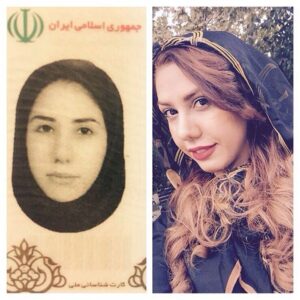 Over a thousand pictures have been uploaded in the past days of Iranian girls and boys. In these pictures we can see a picture of their ID cards (pretty dull, black and white) and next to those pictures a selfie or a normal picture of themselves (girls without hijabs), which is how they see or want to see themselves. The changes are incredible, and it’s really inspiring to see this.

Lots of people have criticized them through Instagram comments saying how most of them have gone through plastic surgery, because it’s actually something very common in Iran. However, this isn’t the point of the movement at all. People want to dress however they want, they want to feel free.

If you’re interested in checking out the pictures, comments and the whole movement in general, look for the hashtag KarteMeliChallenge. We highly recommend giving it a look, it’s truly amazing how people get together on Instagram for different causes.

Laura Pausini Shows Her Real Face to the World