Instagram is a platform where thousands or even millions of its users are models. Since there are so many, it’s really hard to find one that stands out from the rest, but you can really find special models here and there if you know how to look right. 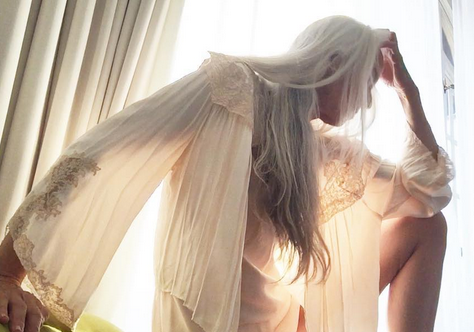 Today we’re bringing you one of the oldest yet most beautiful models we have ever seen. Her name is Yazemeenah Rossi, she’s a French model, 60 years old and looks younger than most women her age. She claims she has never gone through surgery and just eats organic food. No diets, just no processed or frozen food! She also loves travellings and seeing different parts of the world.

She became famous by complete accident, after her sister suggested she substituted a missing model in a fashion event. When she accepted and went, all eyes were on here, and she instantly became a target of interest. We’ve got to admit, we don’t see too many grandmothers that actually look like this. Plus, she’s got beautiful hair, which is also really hard to have at that age.

Wouldn’t it be great if we could all age as good as her? Maybe we can get a little close if we follow a bit in her footsteps!

Insta4likes Services, Tailored Just For You