About a year ago someone started a rumor claiming that Instagram was thinking about adding a streaming feature to the app. We never actually got to read any news or updates about that, but it seems like they’ve got something new up their sleeve. A young man tried the beta version of Instagram on Android and found a “Go Insta!” button that had never been there before. 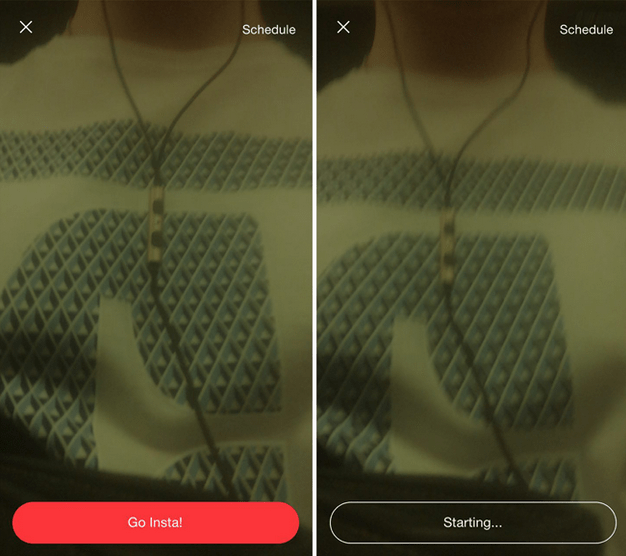 Screenshot of what the young man saw regarding the Insatgram streaming feature. Taken from La Vanguardia.

When clicking on that button, you start streaming directly from your camera. Instagram has always kept up well with updates from other social networks, the last one being Instagram stories, quite influenced by Snapchat. Now they also want to include a streaming feature, which already exists on other sites like Youtube or Facebook.

It’s great that they constantly try to expand their horizons and compete with others in order to give out the best services. In general, most people are always really happy with everything they add, and don’t complain about the things they take out (like the photo geolocalization map, which almost nobody used and, honestly, nobody misses). It’s great to see a company working so hard on a product and making the best out of it. Let’s just hope Instagram doesn’t die in the next few years like other platforms!