When you’re a model on Instagram  you have to maintain a certain status. You have to look good for your audience because, even if you have your Instagram account as your personal account, it’s still your public image. And a model’s image is their own marketing; it’s still part of their job. 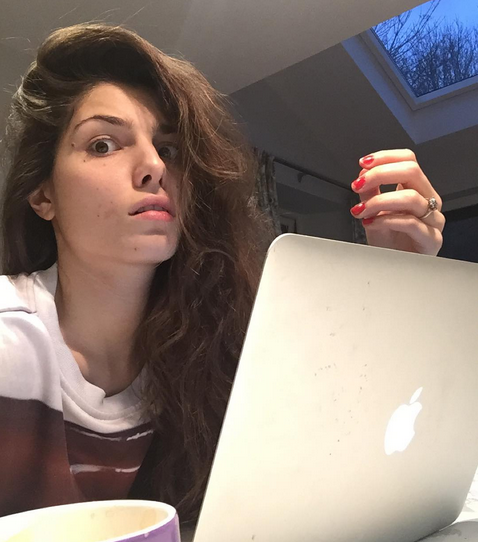 Picture uploaded by Stina explaining how she’s stressed and how it’s affecting her skin condition.

However, many models have started going against these “rules” and a gainst what their agencies say. The famous model Stina Sanders started uploading some more natural-looking pictures to her account a few months back. Pictures where you can see here in the shower shaving, or no-makeup pictures with zits and little skin problems. Nothing too crazy, things that normal people usually have. However, she was told that these pictures had to be taken down because she was going to have a harder time finding a job because of them. But she didn’t care.

With time, she eventually lost about 5000 followers. But she never took down those pictures and, in fact, she keeps uploading more. And even though she lots thousands of followers, she’s also getting a lot of support from other people because she’s encouraging them to accept themselves much more. We’re all constantly exposed to “perfect” and flawless models, but with things like these we can see that they’re just as imperfect as we are.

Some people think this was a wonderful inspiring idea, others think it might be the beginning of a ruined career. But what’s more important, a modelling career or promotion of self-acceptance?