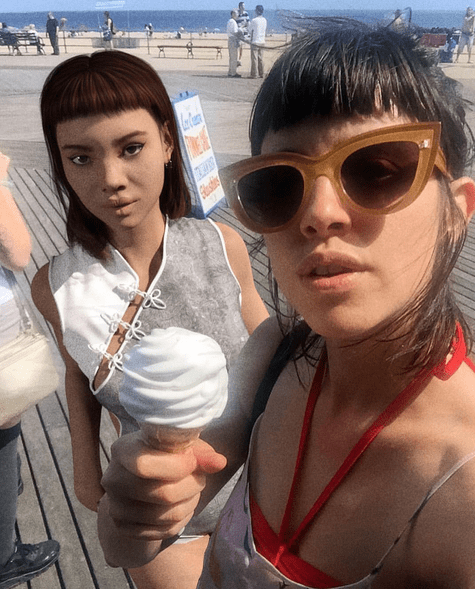 Lil Miquela is a slightly-known Instagram account of a “girl” who uploads selfies and a random video every now and then. However, she’s not famous for her pictures or videos, but more because of the fact that the majority of people think she’s fake.

A picture of Molly and Miquela. People claim Molly is the one who created Miquela.

If you take a quick glance at her account, you’ll notice that something really doesn’t look natural about her. In fact, people claim that all her pictures are heavily Photoshopped, and that’s why she looks fake. However, other people also say she looks like a 3D rendered character, and you can even tell her movements are totally natural in her videos. So, probably, she’s fake.

There’s a picture of Miquela with a girl named “Molly”, and people claim that she’s the one who created this characters. The thing is, why would she do that? Molly’s Instagram is nowhere to be seen on Miquela’s account. Maybe it’s some sort of social experiment that she’s doing? Or maybe just a random project she came up with. We’ll never know unless Molly says something. Plus, she’ll get thousands of followers out of their confuzed haze of whether Miquela is fake or not.