Instagram and SoundCloud combine photography and music. The growth of Instagram’s community seems unstoppable. The photographer’s social network have just announced an agreement with SoundCloud. Through which the users will be able to add to this social network the pictures they have upload to their profiles of Instagram to illustrate their playlists, songs or records. This new alliance between Instagram and SoundCloud pretends to be a link between photography and music. And it will reveal itself as a great hit in the next few months. 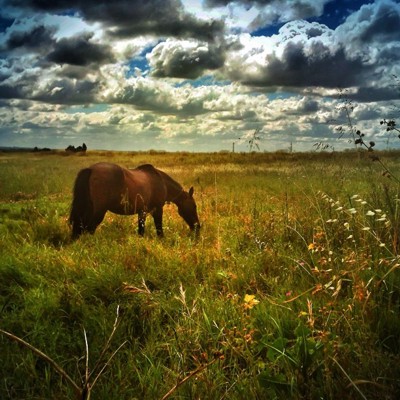 This agreement between Instagram and SoundCloud is an issue of great magnitude. Because each one has approximately 250 millions of clients on their own. From now on, these clients will be able to take the pictures they have upload on Instagram to the favorite social network of musicians and fan of the music.

According to the creators of Soundcloud, this agreement is very advantageous for the company, because Instagram have a lot of pictures that are perfect to illustrate the music of a band, a record o that could be used to promote the user’s own musical work and get shares and Instagram comments.

The main advantage is the square format of Instagram’s pictures. Something that makes them perfect to be replicated on mobile devices. And, at the same time, they are similar to the front covers of the old records and vinyls. That were made also on square format and, in their time (the sixties and the seventies). They became real masterpieces, full of symbolisms.

This way, Instagram has taken a huge stride forward to expand its business horizontally and cover more areas. In this case, it is trying to join photography with music. The photographer’s social network is still fighting to grow and to distance itself from other social networks like Facebook and Twitter.

On the other hand, SoundCloud is a social network centered on music created in 2007. The main feature of SoundCloud is that it allows its users to upload, distribute and promote music in a very simple way. It works through a player that can be added to different webpages and in which the users can see all the updates. The users can make changes in their playlists or even leave comments in the audio file itself.

Is there anybody who doesn’t like photography and music? Well, from now on, thanks to Instagram and SounCloud, we are going to be able to enjoy both of them at the same time, in an easy and creative way.