National and international government organizations are becoming more and more aware of the importance of being present on social media. That’s why it’s very easy to find that governments, ministries, politicians or almost any kind of organization have at least a Facebook account. Twitter and Instagram, which were not so common a few years ago, are also becoming very trendy.

This has shown to have a big impact on the net, as this kind of profile is bound to be followed by thousands or millions of people. That’s what happens, for instance, with the NASA Instagram account (@nasa), followed by nearly four million people around the world. What would the NASA do on Instagram, you may ask yourself. As we have said other times, culture can also be spread on Instagram (it is an inclusive social network).

Thus, the scientific organization chose to upload the best image we have of Pluto to the date. At 7 am, one hour before posting it on its official site, the NASA chose to share it with the 3.5 million people (3.8 just one day later) who follow the scientific organization on Instagram. It was like a movie premiere, and it was also done to catch people’s attention and reach “new audiences,” as John Yembrick, NASA social media head, said. 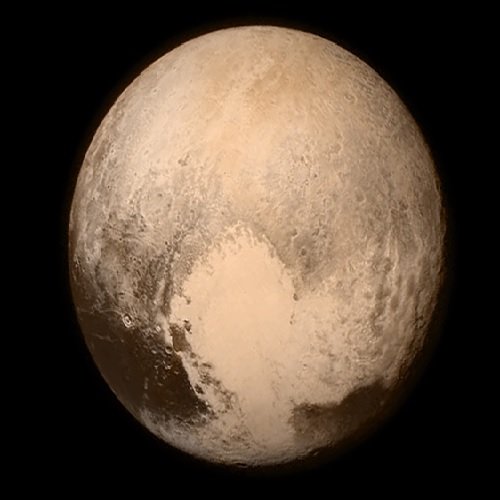 It has taken New Horizons (the spacecraft which took the pic) nine years to travel the more than 3 billion miles between the Earth and Pluto. It took the pic 476,000 miles above the planet’s surface. And it is simply breathtaking. Today, new images from closest approach are expected to be released, although we’re not sure whether they’ll post them on Instagram again.

It would be a nice thing to do, as it has shown to work. As of now, Pluto’s picture has more than 300k likes, and they will surely be more as time goes by.