Today we’re bringing you the tragic and then inspiring story of a woman named Justine. This woman lost her husband a few years back. He had committed suicide, and losing a close one in such a way can scar you on many levels. In Justine‘s case, she decided to fight her depression through food. She started eating a lot and eating terribly, and gained a lot of weight. However, she had two little kids and her excessive weight was starting to make her life very hard, so it was getting complicated to take care of her two kids properly. 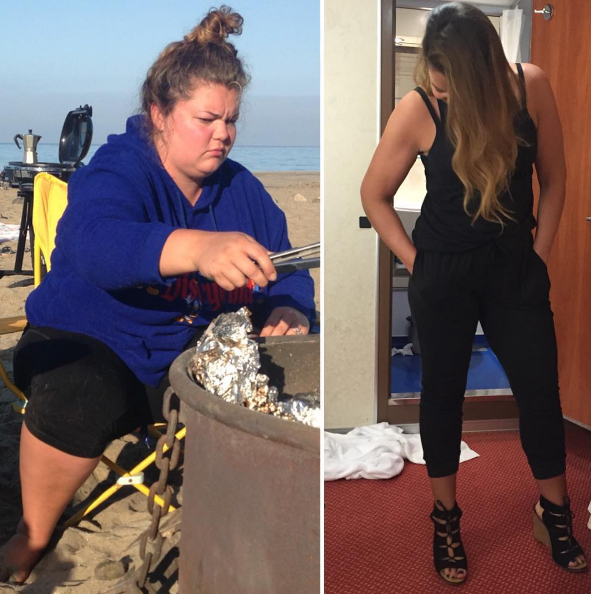 A before and after picture of Justine.

She decided to change her entire life by starting a new regime: only clean food and lots of excercise. She made an Instagram account where she would update everyone who followed her daily, and also to keep herself motivated. She uploads pretty much everything. Pictures at the gym, videos working out, funny videos, snapshots of whatever she’s going to eat at that moment, etc. It’s a great account not only to keep yourself motivated to eat clean and stay healthy, but also to see real changes in someone.

You don’t need to go back to her old pictures ot see what she used to look like. She tends to upload before and after pictures quite often, and the change is amazing. Anyone can achieve their goals as long as they stick to it and never quit!