Rubén Domínguez is a fashion blogger on Instagram. And as all fashion bloggers do, they try to impress their followers with new things on an almost daily basis. However, we think Domínguez might have gone a bit too far this time. In fact, he’s been receiving really back feedback since he decided to do what he did. 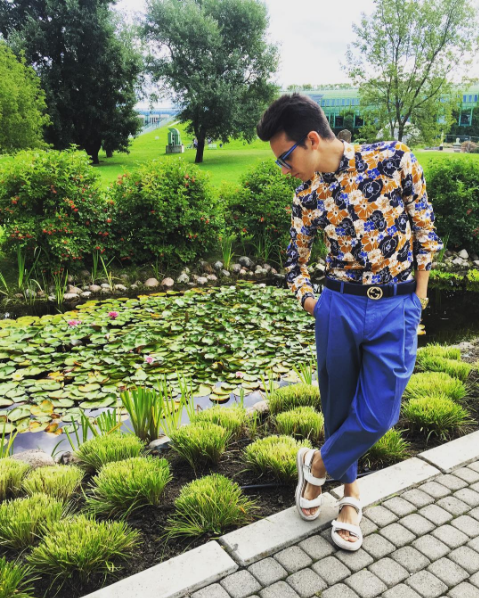 His followers were surprised to see on they news feed pictures of Rubén in Auschwitz posing with expensive clothing and accessories. People got instantly confused and didn’t really understand the reason behind those pictures. Why go to Auschwitz for a fashion photoshoot? You could tell people were confused and mad by the types of comments he was receiving. Although he took the pictures down not too long after, people screenshot them and uploaded them to other social networks. They were also amazed at how he could go to such a place with such a dark past and use very common hashtags like “menwithstyle”, “Gucci”, “fashion” or “influencer”.

People, in general, thought it was extremely offensive and made no sense at all. They didnt’ like the fact that he just seemed to ignore the past of that place and do something so banal. Of course, he probably does know about it and doesn’t ignore it. Maybe he just wanted to make something nice out of it. Honestly, we might never know his intentions, but I guess everyone’s reaction is pretty much what you’d expect in a situation like this.