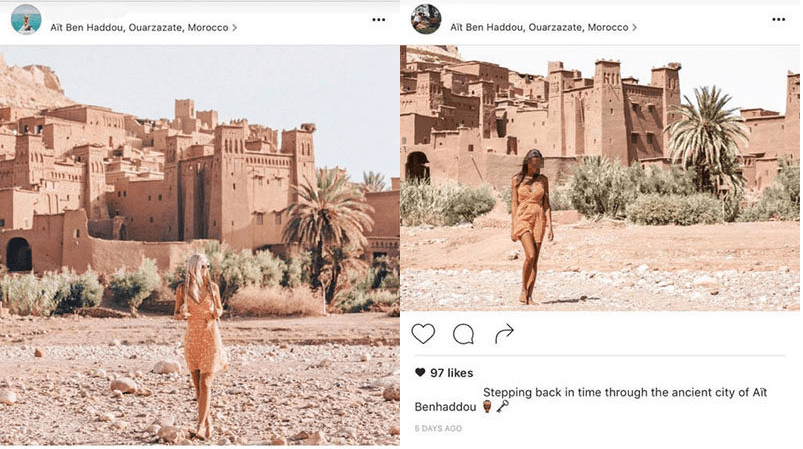 Plagiarism: On Purpose or Not?

There are two photographers on Instagram that are pretty well known. Jack Morris and Lauren Bullen are not only famous for their incredible pictures, but because they are dating as well, and they share lots of pictures on their own individual accounts. The thing is that someone discovered that another Instagram account was copying their exact pictures, but with themselves posing.

Normally, when we see copycat Instagrams, they’re parody versions of more famous accounts. However, this case didn’t seem like a parody account. It was just too strange. They would copy the same places, the same clothes, the same poses. It was just too creepy. Apparently the account was actually from a fan of Bullen’s. What nobody expected was that a fan would start copying the person they admired on Instagram in every single way possible.

They eventually reported this issue to the corresponding department and the account has since then been shut down. However, who knows if more accounts like this exist? Just bear in mind that, no matter how much you like an account, copying is never an option! People work hard on their pictures, so try to work hard on your own photos as well. You’ll really appreciate having followers and fans of your unique work.