It Wasn’t Even Real, but It Totally Amazed Instagram

It Wasn’t Even Real, but It Totally Amazed Instagram

Abou Diouf (@aboudiouf1993) has documented his voyage from Senegal to Spain on his Instagram account, posting pics that showed him crossing borders, fleeing from the police and arriving to a Spanish beach. The Huffington Post UK told us about it, but it said beforehand that the story hadn’t been confirmed to be real. What was the truth behind it?

Diouf did some strange things throughout the vide, such as taking a pic while a policeman was holding him, or using hashtags that are very linked to the photo-sharing network: #instagood, #travelgram or #justdoit. One of them, however, was a little suspicious – #getxophoto. What was that?

Getxophoto is a photography festival to be held from September 3 2015. On the official Facebook page of the event, we can see Diouf’s video. Mystery solved! It was a (highly impacting) promoting video. According to the festival stuff, the aim of the campaign was to contrast the Western attitude of showing one image and talking differently about it. It was conceived as a way to denounce frivolity and the “not shared, not lived” way of life. 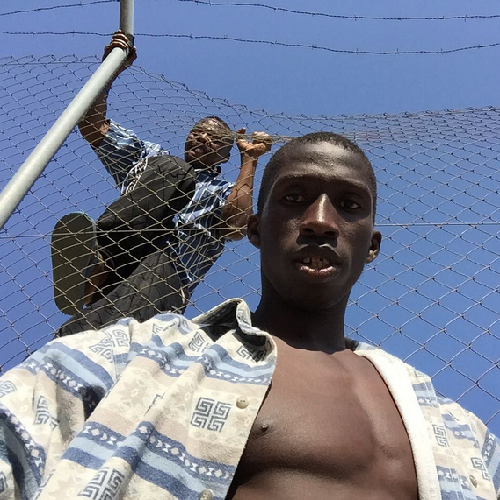 The impact of the spot lays on the use of hashtags. The people behind the video (which was shot in Catalonia and in which no professional actor or actress participated) didn’t want it to become a frivolous affair, but just “say that this is a voyage that anyone can undergo.” The voyage isn’t the important thing, as it repeats itself every passing day.

Just as we can take a pic of ourselves after a long run, before a dinner or sharing a moment with friends, this kind of pictures could soon become a reality, in a world which is more obsessed with sharing moments than with living them.