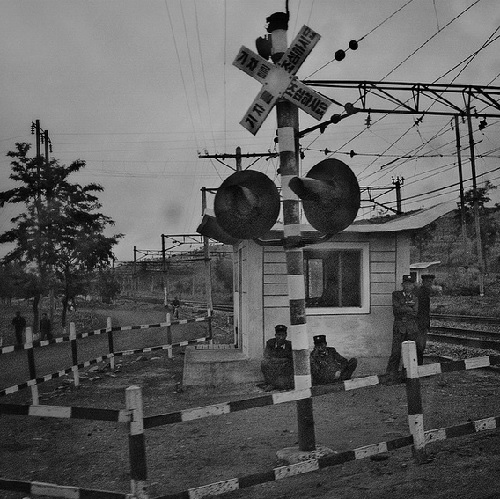 Incredible as it may seem, Instagram had been authorized in North Korea – until now.

Well, maybe it wasn’t “authorized” but simply “not forbidden.” That way, journalists in that country could use it in order to inform the world about what was happening on the East Asian dictatorship. Showing Westerners and the rest of the world how hard life was in one of the most oppressive countries of the world.

It seems that the prohibition is linked to a fire in a Pyongyang hotel, which took place on June 11 and whose photographs would have been distributed on the Internet. Now, if you want to access it via Koryolink – North Korea’s only 3G mobile operator and Internet provider for normal users – you will face a “Warning!” sign saying “You can’t connect to this website because it’s in blacklist site.”

Picture by David Guttenfelder on his Instagram account. Many more cool pics of the DPRK can be seen there.

Since 2013, strangers in the country could use 3G technology on their mobile phones, and tourists have been able to bring their own phones since that same year. Taking this into account, it seems even stranger to think that they have blocked the photo-sharing app. Once more, the fire of the Koryo Hotel (that’s its name) seems to be the cause, as it was immediately after it that the site started to appear as blocked.

Will it hopefully be a temporary measure? Will it mean this is the end of a stream of first-hand information which allowed us to see a lot more of the Asian most hermetic country? It doesn’t look like a good bait for tourists, which are in fact encouraged to visit the country. Now that Instagram has been banned, it may be the end of first-hand journalism on the country. Let’s hope it’s only a temporary measure.