A teacher from a middle school in Utah had some issues regarding her job there because of her Instagram account. The parents of one of the students attending the school found her account on the Internet and talked to the school about it, since they found it inappropriate for a student to upload such content. 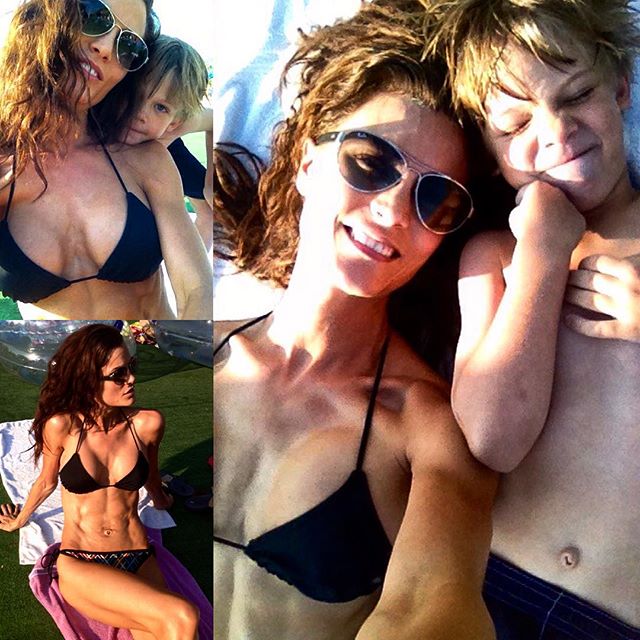 Picture of Mindi with one of her kids.

Now, you may be thinking she was posing naked or uploading semi-pornographic content. However, this woman, Mindi Jensen, is a bodybuilder and uploads picures of her body work to her account (and also normal pictures as well). She enjoys uploading photos that aren’t about her bodybuilding carrer, like family pictures with her four kids. However, the parent who saw her account said her bodybuilding pictures in bikini weren’t appropriate at all.

The school gave Mindi three choices: delete the pictures, put her account on private or get fired. At first she decided to make he raccount private, but later on rejected the idea and made it public again. She explained through one of ther posts that she has become an inspiration for many other single moms out there and she also loves recieving the lovely feedback everyone gives her. Therefore, she put her job at risk, but put her passion before it.

However, things seemed to work out for her. Not only did she not get fired, but this victory has inspired everyone who was aware of the whole situtation; she proved herself ot be a strong woman and fight for what she believes in.