The traditional Barbie doll has been changing a lot throughout the years. And during these last years, people have been complaining that this doll was become thinner than ever. That’sw hy they’ve decided to implement Barbies with different body types: curvy, tall, petite, etc. So there’s variety for everyone! But today we’re bringing you yet another new version of Barbie. 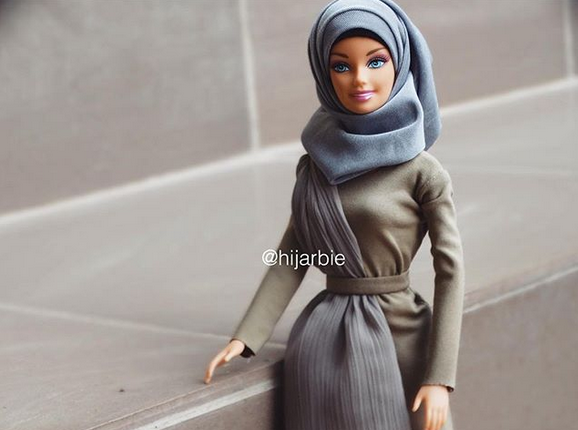 A 24-year-old from Nigeria named Haneefah Adam is the one who came up with this new Barbie idea. It’s called the Hijarbie! It’s a Barbie with a hijab, and the objective i pretty obvious: to make a doll that also represents all the thousands of muslim girls that play with this toy just like the rest of the world.

She really wanted her idea to work, so she started crafting her own outfits for her Barbies and uploaded them to Instagram. She started gaining instant fans and followers, and lots of people are supporting her idea and her work. She wants these little muslim girls to feel like they’re part of something as well, to see themselves represented in a doll, instead of only being able to dress them up in a way that they wuold never. Adam claims this doesn’t just only help increase diversity on a worldwide scale, but also helps muslim girls with their self-esteem; they don’t feel exclluded from society just because a doll doesn’t wear what they wear on a daily basis.

Gain All the Followers You've Ever Wanted