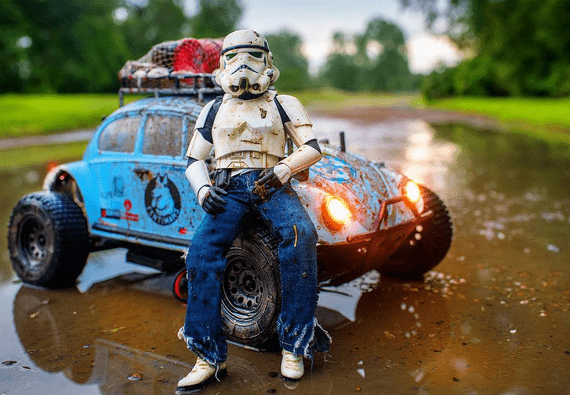 If you’ve been on Instagram for quite a while and you’ve been following the same accounts, you’re probably starting to get bored of seeing the same posts on your timeline over and over again. Or maybe you’re new to Instagram and want to know what kinds of cool accounts you can follow to get your timeline active. Well, we’ve got your back! We’re going to be showing you a few accounts you can check out and that you’ll probably like.

One of Darryll Jones’ pictures with a stormtrooper as a model.

The first one is Junanto Herdiawan, a man who travels the world and takes original pictures everywhere he goes. What makes his pictures stand out from the rest is the fact that in them he looks as if he were floating in the air. Check them out!

Another account we’re sure you’ll love is Trotter Pup! He’s a French bulldog… who happens to own a lot of hats. And totally rocks them all, of course! Follow this account and you’ll have cute Trotter pictures on your timeline to make your day.

Dschwen is an illustration and design studio that upload totally original pics of their own creations. They’re very colorful and a definitely good way to brighten up your feed. Plus, you get get some cool ideas from them as well!

And last, but not least, we’ve got Darryll Jones, who uses a small stormtrooper as his mode for all of his pictures. In fact, the pictures would just be your ordinary Insagram pictures if it weren’t for the stromtrooper. Go check it out!