Sharing your name with a famous person can be a good reason to laugh at with your friends. Remember that man who got fanmail to his Facebook account because he was called Justin Bieber? But there are times when the things that may happen are not so good. If you don’t believe us, ask Andrés Iniesta.

Andrés (who owns the account @ainiesta), who shares his name with one of Spain’s most famous football players, found his account locked while on holiday with his children. He didn’t care, until a friend sent him a mail saying that he had started following Iniesta (the player) (whose original account is @andresiniesta8) automatically, instead of him.

Then he wrote to Instagram, but they didn’t even answer. This continued for two days, until someone told him that Instagram could have blocked his account on the grounds that he had stolen it from Iniesta, the football player. Andrés wrote a vindication that started going viral on Facebook – even Real Madrid’s player got in touch with him. 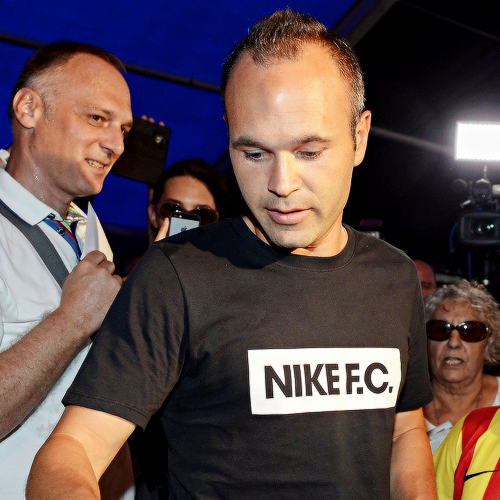 Iniesta, the player – not the designer

It seems that all the effort paid off, as he got his account back, no one knows why. He was content with the results, but he regrets not having seen a sole apology from Instagram during the process. “It has been very commented, I didn’t want that. The main problem to me is Instagram. I think I got my profile back thanks to what happened on social media, not for my complaints. I got in touch with them and haven’t received an apology to this day.”

Everything’s back to normal. Iniesta, who is a designer, keeps receiving fanmail and messages on his Twitter account, sent by people who don’t bother to check whether he’s the player or not. In any case, if you share your name with a celebrity, be sure to make the difference clear.