Most of you were probably aware that the MTV Video Music Awards were being held not too long ago. And maybe some of you saw the small “fight” between Nicki Minaj and Miley Cyrus. Basically, Nicki called her out after picking up one of her rewards for best music video because of a few comments Miley had said about Nicki during the interview with the New York Times (obviously they weren’t very positive). 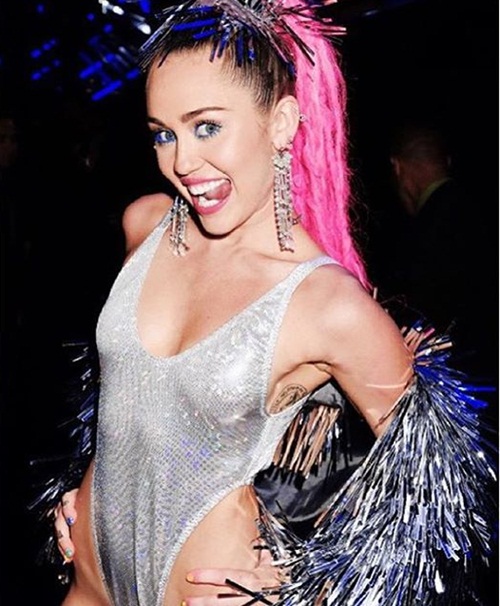 So after calling her out, she finished her quick speech with “Miley, what’s good?“. Of course, although Miley answered calmly, wasn’t too happy about it. However, the Internet found it extremely funny so they decided to keep it alive.

That’s why after that happened, they went onto her Instagram account and started commenting “Miley, what’s good?” on some of her pictures, especially the VMA-related ones. This started a few days ago and they’re still doing it today. Poor Miley must be sick, honestly. They also made a hashtag on Twitter saying #MileyWhatsGood, which actually became trending topic.

None of these two celebrities have actually answered this. Who knows, maybe they’re also having a laugh at home. Or maybe Miley is actually really annoyed deep down. Either way, it’s incredible how viral something like this can become, especially on Instagram where it’s less common (most viral things are on Twitter or Facebook).