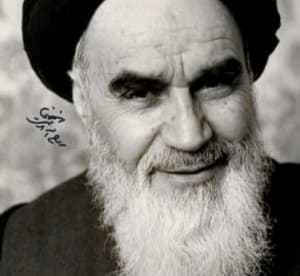 That’s however what happened to Imam Ruhollah Khomeini

an account dedicated to the Imam Ruhollah Khomeini (@EmamKhomeini), who ruled Iran for 10 years since 1979 up to his death in 1989. On the moment it was closed, it was being followed by 100K people and showed 462 rare or unseen pics of the Ayatollah. Since it was reopened, four more pics have been added to the collection.

However, it was made available yesterday, presumably because of people’s complaints and media coverage in Iran and abroad. It is a rare example of the attitude of Iran towards social networks. While many contents are forbidden in the country (such deemed “offensive” or having to do with pornography, apart from entire social networks like Facebook or Twitter), then we have this example, reuniting both social networking and religious praising.

Let this be proof to show Instagram’s diversity. Not many other social networks would have allowed this kind of account – or even deleted, then reset it. Despite its attitude, it still brings culture closer to people, letting the world see a part of history that had been covered for a very long time. Do you know any other account like this? This one must not be the only one, we’re sure about that!