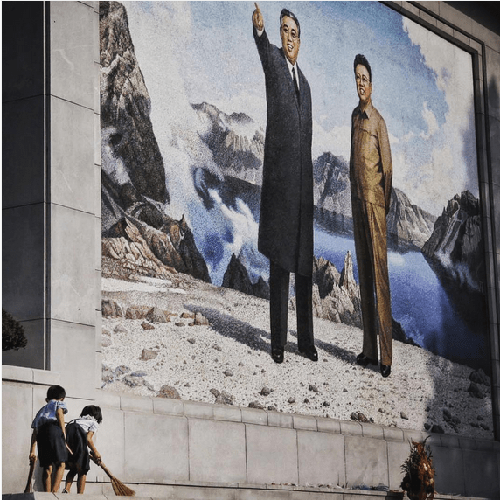 Very little is known about North Korea in the Western World. Apart from its ubiquitous dictator Kim Jong-Un and from the fact that it has one the toughest dictatorships in the world, we don’t normally have a picture of North Koreans and their land. But that has changed, thanks to Instagram.

The country is the most militarized one in the world and one of the ones where human rights are not respected. However, Westerners have since been going there, in order to discover a country that seems to have stopped in 1953. The people who get to go have to pass very hard control procedures. They show tourists a welcoming sight of the country, leading them every single moment.

Nevertheless, some people get to photograph the country, and many of those who achieve this share their pictures with the world – through Instagram. We have, for instance, journalists like Wong Maye-E (@w0ngmayee), who shows us pictures full of identically-dressed North Koreans surrounded by statues, or streets full of buildings made out of concrete. 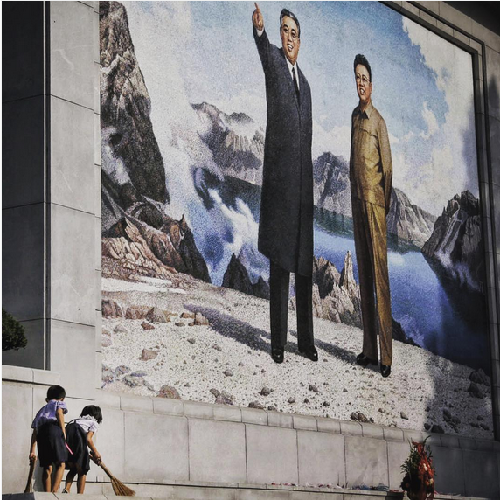 Both Eternal Leaders are omnipresent in North Korea, as Instagram shows

Andrew (@drewkelly) is co-curator of the @everydayDPRK account. Both this one and his personal account have astounding images of North Korean daily life in Pyongyang. Andrew has been travelling around the world, that’swhy we have to go some months back to see pictures of Pyongyang – but it’s impressive anyway. Construction workers who make us say thanks for what we have here, walls with politic slogans painted on them, people gathered at the zoo feeding “Comrade Hippo.” It nearly seems like a foolish parody of the Western world.

The portraits of Kim Jong-Un and his father Kim Il-Sung remind us, however, that it is a foreign country, where everything, including laughter and fun is constantly being watched.