Mireia Lalaguna Royo, miss World 2015 and her presence on Instagram

Mireia Lalacuna Royo, born in Barcelona on November 21, 1992, she's a Spanish model, actress and beauty pageant winner who was crowned Miss World 2015, although she was previously crowned Miss Spain in 2015 as well. Mireia obtained her pharmacy degree from the University of Copenhagen in Denmark.

CAREER AS A MODEL 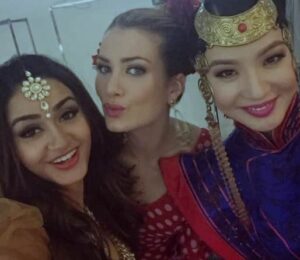 The model represented Spain at the Miss World 2015 pageant on December 19, 2015, held in Sanya, China. A few hours after discovering that she was the winner of the coveted crown of the most beautiful in the world, she did not hesitate to take a selfie for Instagram with some of her companions and rivals from Miss World.

After her coronation, she carried out campaigns with Instagram, where many brands and companies invited her to events that she posted and published on her Instagram account so that her followers could follow her.

The Catalan obtained 500 likes 5 days before the celebration of the Miss World festival and now she has 215K followers. Each of her posts usually have around 3000 likes. She is not much in the way of fashion or endorsing products, but she does want to grow as an actress in Hollywood.

In the highlights of Mireia on Instagram you can see that she has worked for the Televisa company as an actress, a company that belongs to the federal district of Mexico, but as I mentioned before, the Catalan girl would like to grow as an actress in Hollywood.

Next, I show publication that can be found on Instagram where she attended the tvynovelas awards in Mexico: 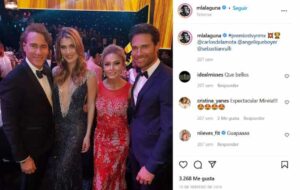 In addition, this social network shows his most supportive facet, where he has collaborated on more than one occasion with UNICEFF and has shared it with his followers.

Mireia also appeared on channel ‘’Cuatro’’ from what can be seen on her Instagram account and performed at the Ciudadela Theater located in Menorca and on Antena 3 in El Hormiguero, where Pablo Motos conducted an interview, which his followers were able to follow from his social network.

Mireia is passionate about travel as you can see on Instagram and addicted to selfies. This social network shows that Mireia has traveled to many countries after being crowned, such as: Indonesia, Puerto Rico, the United States, India, Kenya, Russia, China, the Philippines, Korea, England, South Africa, Ghana, Mexico, Brazil, Italy, Jersey and Spain.

Thanks to this social network we have been able to see little by little her passage through the contest, such as, for instance, the interview she conducted on the Diez Minutos channel about her career as an actress. The link to that interview is shown below: https://youtu.be/ct2dVooeOzw