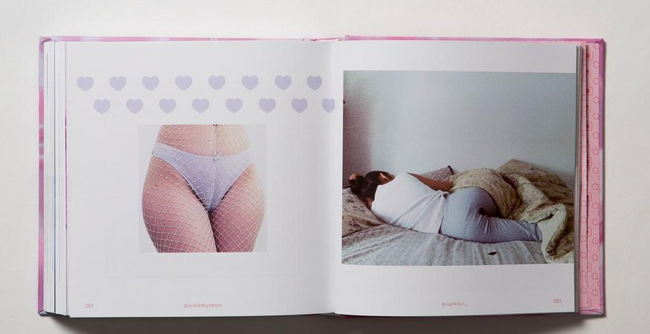 Instagram has a specific policy of certain types of pictures that cannot be uploaded with the intention of keeping the site SFW, specially because minors have easy access to it. However, there are some pictures that when censored, have caused certain controversy because people think the site got it wrong. Arvida Bystrom and Molly Soda have decided to make a book in order to fight against this censorship, mostly related to the female body.

Preview of a coupel of pictures that were used in the book.

Their idea to fight against this was to create a book using all of the censored pictures that Instagram decided to take down. It’s called Pics or It Didn’t Happen, where artists can express their censored work. Most of the pics that we can see in the book show female breasts, pubic hair (not genitalia), rear ends, and things along those lines. The original photographers considered this was an offense to their work because they always want to express something through their art.

The idea became very popular thanks to Tumblr, which is where these two girls started with the idea. Since lots of people supported them, they decided to get down to work! Even though the book has already been published, they’re still more than happy to receive more pictures from other Instagram users, pictures that were taken down for “inappropriate” content.